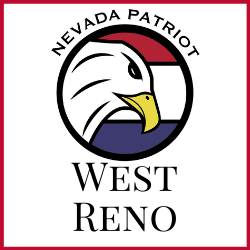 Nevada Patriot will be holding an indoor meeting on October 8th from 6pm – 8pm at the Trump Headquarters located at 1155 W. 4th Street in Reno (Keystone Plaza). Guest speakers include Eddie Lorton who is running in a highly contested race for Reno City Council At Large. Also speaking will be Lynn Chapman of the Nevada Eagle Forum; she will discuss the ramifications on the election process of the AB4 Bill produced by the second Special Legislative Session held this summer. The petition to recall Sisolak will be available to sign. I hope to see you there. 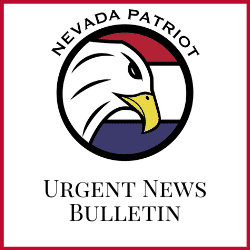 Our Governor has called for a Special Session of our Legislature ostensibly to address budget shortfalls. It is my belief that this is going to be an attempt to implement new taxes to the already overtaxed citizenry. I urge you to contact your representative immediately to let them know that you are against any new taxes. Will there be budget shortfalls? Yes! There will be, as long as we have fiscally irresponsible representatives that spend our tax revenues on unnecessary programs (the Office of New Americans, two new jets, a new hangar for the jets, etc.) It is up to us to let them know that we will not tolerate it.

Here is the link for the legislative website: https://www.leg.state.nv.us/

Here is the link for the Governor’s proclamation calling for the special session: https://www.leg.state.nv.us/Session/31st2020Special/Docs/Proclamation.pdf

Here are the email addresses for the Legislators: 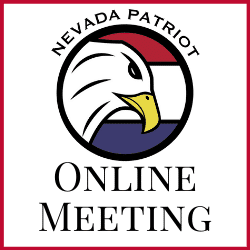 During last night’s meeting, Barney Wadley of Fight for Nevada gave us an update on the Recall Sisolak Effort.  While the Recall  Effort failed to garner the required number of signatures, it does not mean that it is over. The former Board of Directors will be assisting the new Board in a mentoring capacity in order to avoid known pitfalls. There were many lessons learned and the next recall effort should not only run smoothly, it should also be successful. If you are interested in being a member of the Board of Directors for the Recall Effort 2.0 please contact https://fightfornevada.com/.

Melissa Clement of Nevada Right to Life gave us information about a petition they are circulating the hopes compel our state Legislature to remove the prohibitions about parents being informed when their minor daughters seek abortions. Since 1985, Nevada law has included parental notification requirements, but due to a court ruling, it has never been enforced.  Nevada’s parents have repeatedly demanded a fix so that the statute could be enforced as originally intended only to be ignored.  If the legislature refuses to do its job, our State Constitution provides a remedy so that the citizenry can, the outcome of which is the Protect Our Girls Statutory Initiative.  By collecting 100,000 signatures it gives the Legislature the opportunity to fix the problem. If they fail, it goes to the Nevada Voters in 2022 by ballot. To learn more visit the box below.

Monica Jaye gave us her perspective on some of the issues surrounding our Governor not opening our state. People are waking up, yet the apathy within the state remains. She pointed out that everyone needs to be researching for themselves, calling, asking questions, and going to the source for information.  Politics has historically lent itself to a great deal of foul play and we need to be diligent when seeking information. There was a great rapid-fire question and answer exchange with Joel Beck, Candidate for Congressional District 2 (running against Mark Amodei).  Not only was it entertaining, but it was also educational as well.  Monica encouraged us to check the status of our own ballot.  Click HERE  and scroll down to Voter Registration Lookup to do just that. To check the reports of Early Voting click HERE for more information than you ever knew was out there.

Joel Beck is running for Congressional District 2 against Mark Amodei.  He gave us a basic rundown of his platform and explained the reason he decided to run for office was that he felt the people of Nevada are not being represented or heard.  Joel is a US Air Force Veteran and one of the few candidates or politicians that HAD signed the Recall Sisolak Petition.  He supports term limits, the 2nd Amendment as it is written and is a strong advocate for traditional, conservative values. Joel encourages people to reach him a Joel Beck  beckforcongress.us.  or email  joel@beckforcongress.us   or phone:  775-339-1073.

You may want to check the new HOTSHEET (link below) from  Quality of Life-Reno (QOL) and discover why the Reno City Council gets an automatic raise while 368 city workers are laid off, or you might want to find out how Washoe County’s approach to COVID-19 is keeping more addicts on the streets and much more!

There are a couple of events and opportunities coming up (see details and links in the boxes below).  There is an urgent need for Poll Watchers now through June 16th. This Saturday at 11 am in Carson City is a rally to “Stand Up For Nevada”.  There is a Firearms Webinar being held Tuesday, June 2nd at 1 pm “Gun Owners: What Is Your Defensive Mindset?”.  The Constitution Class is being held virtually on Wednesdays at 4 pm.  Quality of Life-Reno (QOL) has a new HOTSHEET out:  discover why the Reno City Council gets an automatic raise while 368 city workers are laid off, find out how Washoe County’s approach to COVID-19 keeps more addicts on the street and more!  You may want to check out our website NevadaPatriot.net for candidate interviews and links to the previous Zoom meetings.

​Melissa Clement with Nevada Right to Life will be telling us about their latest petition and Bruce Parks may have a word or two for us as well.

James Settelmeyer is the Nevada State Senator for District 17.  I contacted him to ask him if he would speak to the group about the lack of hue and cry from our representatives regarding the over reach of our Governor.  He gave us insight as to his perspective which is that we do have representatives who are standing up to Sisolak and it is not being covered by the news outlets, therefore we are not aware of it.  He drafted and sent a letter to the Governor asking several  point blank questions regarding the handling of this crisis.  The response he received from the Governor’s office was that his letter constituted a personal attack.  Senator Settelmeyer also attends a weekly “meeting” with the Governor’s office where the representatives are not allowed to ask questions.  In my opinion, this is not a meeting, it is a lecture.

His recommendation to us was that we each contact the ACLU and ask why they are not defending our individual liberties regarding the right to peaceably assemble, the right to freely travel and the right to worship as we see fit.  Do they not represent ALL of the people?

Link to view the summary https://www.youtube.com/watch?v=Q2_KFWt_o8o&feature=youtu.be 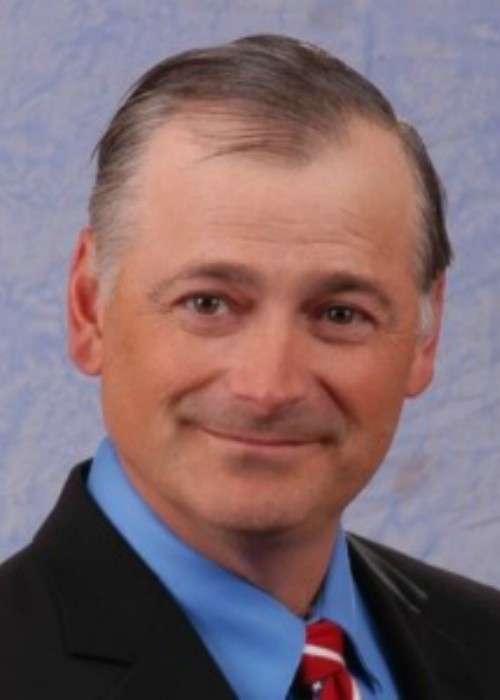 Guest Speaker Marc Randazza, noted First Amendment lawyer.  Marc gave a great talk about the unconstitutional decrees we are seeing come out during this coronavirus debacle.  He gave examples of various attacks on First Amendment Rights that he has defended and also included examples of violations of our First Amendment throughout the country at this time.  There were great questions from participants and Marc expounded on the questions as he answered them.  He cautioned us to be constantly vigilant of these attacks on our liberties and strongly encouraged us to seek redress from our elected representatives.

Guest Speaker Mo Wiltshire, former prosecutor and prominent trial lawyer.  Mo presented information regarding the attacks on our Second Amendment that we are seeing across the country.  While Mo lives in Athens, GA, he gave us examples of attacks from across the country and specifically about a case they had to bring against their elected representatives in Georgia.  He strongly encouraged us to defend our Second Amendment Rights by filing lawsuits if necessary against our elected representatives that violate the Constitution.

This meeting was a collaborative effort by Reno Tax Revolt, Conservative Talk Lunch, Quality of Life-Reno and Nevada Patriot. 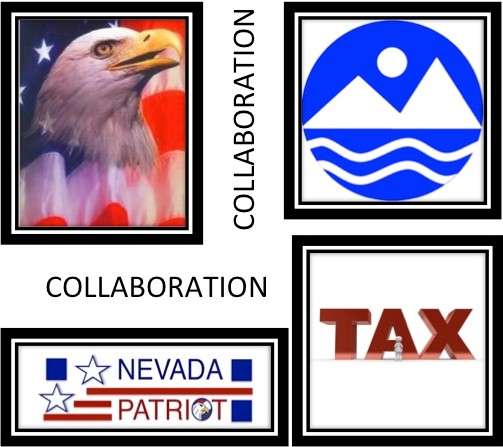 Patriots in the Park
« Older Entries