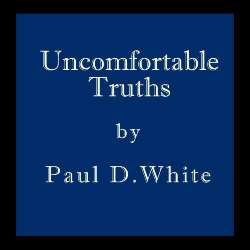 How Do We Fix Our WCSD Schools?  Part II of a Series

For over a decade, the Washoe County School District (and all Nevada public schools) have ranked last in the nation or almost-last in the nation in quality of education.  WCSD superintendents and school boards have primarily blamed our failing schools on a lack of funding. That is probably false because 10 states fund their public schools equal-to or LOWER-than Nevada, and all 10 of those states outperform our schools.

But if the solution for improving our schools is NOT increasing the funding, then what is it?

Our failing schools result the following 4 main issues that need to be dealt with. Each issue will be explained in more detail in this column and in the three succeeding ones.

3)  MORE ACCOUNTABILITY regarding WHAT is taught and HOW

How Do We Fix Our WCSD Schools?

Amount that could be saved annually: $12-$20 million per year (20-35% savings from what is currently being spent)

Over half of the public school districts in the US privatize some or most of their non-instructional support services: hiring this work out to local private contractors. WCSD has approximately 10,000 employees, but only about 3500 of them are teachers with daily student contact.  For every 1 employee who is actually teaching students, almost 2 more are considered “non-instructional support services.”

Who are the other 6500 non-teaching employees? Administrators of every imaginable kind, cafeteria workers, bus drivers, custodians, countless “specialists” (whom no one is quite sure WHAT they do), maintenance workers doing upkeep and repair in most construction trades, and an army of clerical workers, including payroll, accounting, insurance, attorneys, and more.  After working over 40 years in 7 different public school districts in both teaching and administration at all levels, I can ASSURE you that the ranks of non-instructional support personnel are bloated, minimally,  by 20-35% (more specifics about that in Part III of this series).

Over 60% of public school districts in the US privatize some or many of their non-instructional support services.  I know firsthand that this works, because as the superintendent of a small charter school district, I privatized only the maintenance, food, and custodial services, and reduced our typical costs by 30% immediately (privatizing much of the clerical work would provide even greater savings).  Not only did my district save money, but the condition of our buildings and grounds immediately improved 100%, and our food quality was better than it had ever been.  Additionally, our district was not burdened with expensive, long-term financial obligations for health insurance, payroll costs, and pensions.  The contractors we privately hired provided workers that were far more motivated than the district employees, who had allowed the guaranteed employment/no-pressure conditions of their work situations to greatly decrease their work ethic and productivity.

WHY IS WCSD NOT PRIVATIZING MUCH OF THEIR NON-INSTRUCTIONAL SUPPORT SERVICES?

Hershey bars no longer cost a nickel and you can’t smoke on airplanes. You don’t have to get up every time you change the TV channel, and… school districts no longer need to keep throwing away hundreds of millions of dollars on traditional school buildings that don’t reflect the changes in our current world.

WCSD is just completing another new high school.  The new Hug High has cost taxpayers over $250 million. That price could have been reduced – minimally – by 30-40% ($100 million!) if the following common-sense options had been implemented, (approximate price savings were quoted by 2 school architecture firms).

The savings realized by these 2 common sense, cost-reduction measures would enable WCSD to significantly lower class size, operate the district at a surplus instead of a $40+ million deficit, and focus resources on our schools’ primary job: ensuring that all students acquire the provable academic skills necessary for a successful future.

What to Do About Our WCSD Schools?  Facts matter.*

Facts matter, especially when it comes to educating our children.

In the United States, the fact is that we have a public education system that ranks behind 25 other nations.

And if you have a child in Washoe County Schools (or any public school in Nevada), the fact is that your child attends schools that not only rank behind 25 other countries, but ALSO rank behind 48 of the other 49 states.

This column presents the stark facts about how bad our Washoe County School District (WCSD) actually is.  In succeeding columns, we’ll look at some of the causes of these problems and what you can do to help solve them, including: Student Behavior, Special Education, Untapped Ways to Slash Expenditures, the Credit Recovery Program, the School Board, WCSD leadership, Increased Usage of Racially Biased Curriculum, and others.

*The statistics cited in this column come from news articles in the Reno Gazette Journal and from Editorial Projects in Education, and their annual Quality Counts Survey, the national periodicals of record for public education.

Why Should You Care About the State of Our Public Schools?
Because WCSD releases over 4,000 graduates into our county every year, of which the statistics say that over 85% have academic skills so low that they will struggle to live independent, contributing lives, and be adequately informed voters.

National Perspective
• Nevada ranks 49th lowest in the nation for a category called:  “Students Having a Chance For a Successful Future,” a position they’ve held for over a decade.

• Solely on academic achievement, Nevada schools currently rank between 48th and 43rd lowest in the nation (and have ranked between 49th and 50th for many years

Is the Problem Really Not Enough Funding?
For years, WCSD’s Boards and Superintendents have blamed Reno’s (and Nevada’s) low-achieving schools almost entirely on a lack of per-pupil funding, compared to other states.
Nevada’s current spending-per-pupil is $9,400 per pupil per year.
The following is a list of 10 states whose overall School Achievement ranking is HIGHER than Nevada’s, while their per-pupil funding rate is LOWER than – EQUAL to – or within $200-$300 per year of Nevada’s

Not Prepared for College
The nationally-administered ACT Test (American College Testing) exam is the standard for determining if a high school graduate is ready for college.  Close to 90% of Nevada students (inclucing WCSD) earn ACT scores that would NOT qualify them to be able to pass college-level classes. That means that of the approximately 4,000 college diplomas that WCSD hands out to graduating seniors each year, 3600 of those diplomas are essentially worthless.

There are several reasons for this that will be explained in later columns.

Even On Nevada’s Own Made-up Ratings, Our Schools Are STILL Failing
The Nevada Department of Education has established its own school ranking system to try and “spin” the statistics and prove that our schools are not really doing that badly.

But even by THAT rating system, 39 WCSD schools, or about 37% of our total schools STILL recently rated either 1-2 “Stars” (i.e., the students met either none or almost-none of the minimal state learning goals). Additionally, 5 other WCSD schools were not rated at ALL, including two high schools and two middle schools.

If what I’ve shared is not bad enough,  the statistics I’ve quoted were all recorded BEFORE the Covid-related fears turned our WCSD schools into robotic zoom-teaching.  NO one disagrees that no matter HOW little our students were previously learning, that the extended zoom-teaching has worsened that situation exponentially.

Is It Too Late to Save Our WCSD Public Schools?
NO!  Not if the community will do the following:
• Find out the facts of what’s really going on in our schools, by reading this column and succeeding ones thoroughly

• Speak out and get involved, and succeeding columns will tell you how to do that.